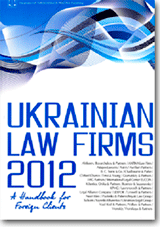 KM Partners was seen in infrastructure projects in the sector. The firm arranged legal support on purchase by the major grain trader of large private terminal (complex) on trans­shipment of grain cargoes in a port. The team has also instruction on development and im­plementation of a contractual scheme secur­ing the payment claims of a major manufac­turer of seed to its customers by establish­ing a specific order for settlements. Partners Alexander Minin and Maxim Oleksiyuk are present across the projects.

The team of Alexander Minin, Maxim Oleksiyuk and Alexander Shemiatkin of KM Partners performed representations in corporate disputes regarding ownership of the shares, corporate restructuring with the tax aspect, which is the firm’s core.

KM Partners with its pri­mary focus on tax, has actively developed its criminal law prac­tice. Over 2011 the firm handled 8 cases of defending entities in the course of initiating criminal cases regarding taxation and their defence in judicial proceedings. Alexander Minin, the firm’s sen­ior partner, is the core person in the practice.

KM Partners maintains its taxation mandates. The firm acted in tax disputes and representations in state authorities. Recently, the team guided by partner Maxim Oleksiyuk, carried out due diligence of a company having a state permit for subsoil use at the request of a major man­ufacturer of building materials.

KM Partners has a consistent reputation of the strongest tax litigation team in the country. Alexander Minin, Maxim Oleksiyuk, Alexan­der Shemiatkin maintain more than 108 litiga­tion proceedings against tax bodies at the present time. Furthermore, the firm represented its client as either defendant or third party on the side of the defendant in several parallel court cases in disputes regarding ownership of shares in the chartered capital of a Ukrainian limited liability company, performance of the parties under a share purchase agreement. Also, one of the episodes of the above mentioned dispute involves represent­ing a foreign company in courts of Ukraine re­garding recognizing and enforcement of a Ruling of The International Arbitration Court.

Under the leadership of Maxim Oleksiyuk, partner of KM Partners, the firm’s spe­cialists provided due diligence in 2011 of a large shopping centre in Vinnitsa and arranged legal support for the granting and securing of a foreign loan or financing the construction of a large residential complex.

The well-established tax practice of KM Part­ners is popular with subsidiaries of interna­tional clients, as well as local Ukrainian business, embracing FMCG, powering, trade, pharmaceu­tical, agricultural sectors. In 2011  the firm is designated the lead­ing one for tax expertise. Especially visible deals were related to tax issues in connection with corporate reorganization of clients, preliminary judicial work, represen­tation before tax authorities, resolv­ing tax disputes. Besides, the firm established a rather uncommon for a law firm practice, i.e. protecting clients before the tax police, includ­ing criminal issues. According to the poll, highly experienced senior part­ner Alexander Minin continues to retain the first ranking position.