On September 15, 2022, the UBA Committee on Tax and Customs Law held an online event on the topic: “Tax audits and fines – a strength test for the taxpayer”. At the meeting,

‘s Senior Of Counsel Yuliia Kryvomaz spoke on a rather topical issue, as in such a difficult time for everyone business remains under pressure from the tax authorities. 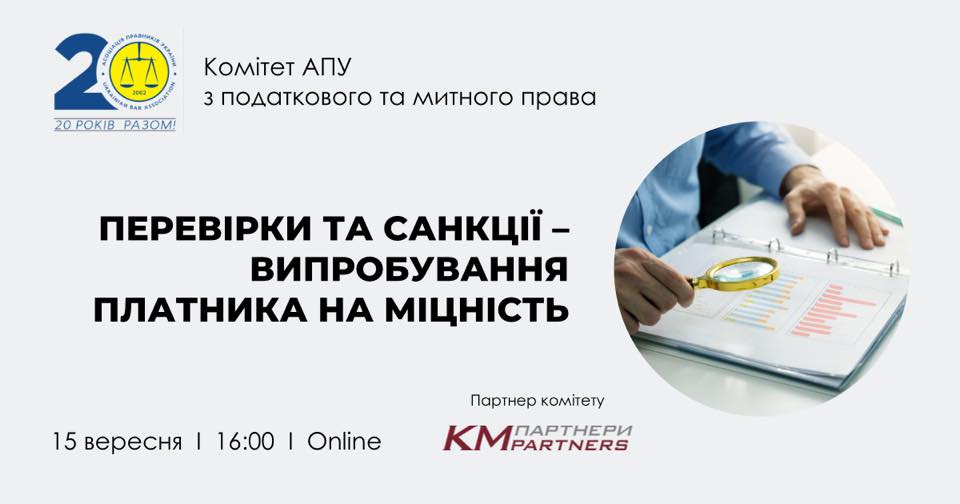 Yuliia began her report with a list of fines applied by the tax authorities upon results of tax audits being permitted during martial law.

Along with that, there is a Draft Law No. 7720 as of September 1, 2022, which has been registered on the website of the Verkhovna Rada. The Draft Law proposes to significantly expand the list of permitted tax audits during martial law, in particular, transfer pricing audits, additional audits at the stage of administrative appeals, challenging the findings of the tax audit act, tax audits of non-residents. “Interestingly enough, the explanatory note states that this Draft Law is proposed to “properly fill the revenue part of the budget” by restoring the deadlines for tax debt settlement. And the resumption of transfer pricing audits will contribute to “increasing the tax burden” and voluntary tax payment,” Yuliia comments. That is, the legislator does not even hide that the purpose of the Draft Law is not to facilitate business activity during martial law, but to increase the tax burden on business that is trying to survive.

Considering the difficult situation, the Committee will make efforts to improve the legislation, taking into account the needs of today.

Yuliia’s presentation is available by the link.